What's the Christmas Connection Between Salzburg and Stowe?

Vermont · About Culture & History
One’s in Austria, and the other in America. But they are bound together in the pop culture celebrations of the season.
Have you figured it out yet? The hint is in film and music.
Both Salzburg and Stowe are destinations tied to the Trapp Family legend. You likely know it as: The Sound of Music, a movie that’s become essential holiday family viewing – and singing - for every generation since the early 60’s.
The film is the – very fictionalized – story of Maria von Trapp, who, while deciding whether to become a nun, became governess to the unruly children of Austrian nobleman and naval officer Captain von Trapp. As Nazi Germany threatens expansion into Austria and demands the services of the unwilling Captain von Trapp, Maria bonds with the children, teaches them to sing, and falls in love with their father.
WATCH THE VIDEO ABOVE: CNNTRAVEL'S INTERVIEW WITH THE CURRENT GENERATION OF THE TRAPP FAMILY 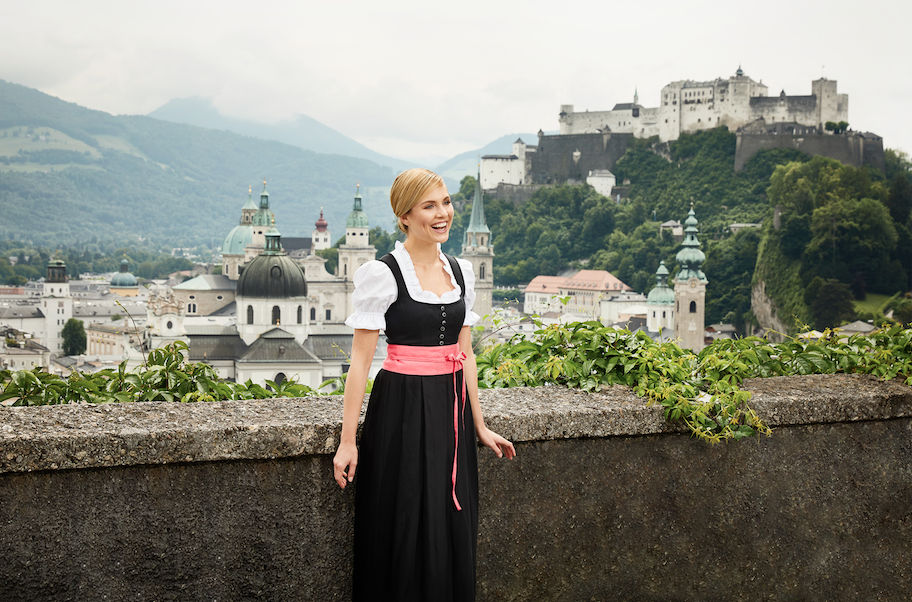 A Story Beginning in Salzburg…

Against the backdrop of the Alps, the cobblestoned, historic city of Salzburg, home to the birthplace of Mozart and a famous music festival, and the family’s stately home in the countryside, the Trapp family sings their way to family harmony, wedded bliss between the Captain and Maria, and ultimately, a dramatic escape from the Nazis.
The movie, and its music by legendary duo Rodgers and Hammerstein, swept the Oscars won 5 Academy Awards, including Best Picture, and cemented the image in 20th century popular culture of Julie Andrews singing the title song while frolicking in the Alpine meadows with the children. You can probably sing along to any of the movie’s songs that have become standards in addition to the title song. Admit it: right now, you’re humming the tune of Edelweiss, Do-Re-Mi, or My Favorite Things.

…and Continuing in Stowe

In real life, the Trapp family’s departure from Salzburg was not so dramatic – or hand-in-hand, singing while hiking over the mountains. It made for a great movie ending, but in fact, ‘over the mountains’ from Austria was Germany! So the family headed by train to Italy, and ultimately, the States.
The singing part was true, though. In the early 40’s, the Trapp Family Singers toured the US performing. Ultimately, the family settled in Stowe, Vermont, “on an enchanted farm with sweeping mountain vistas reminiscent of their beloved Austria.”
Soon, the family was welcoming guests at a 27-room family home/ lodge, which has evolved into today’s Alpine-inspired Trapp Family Lodge. 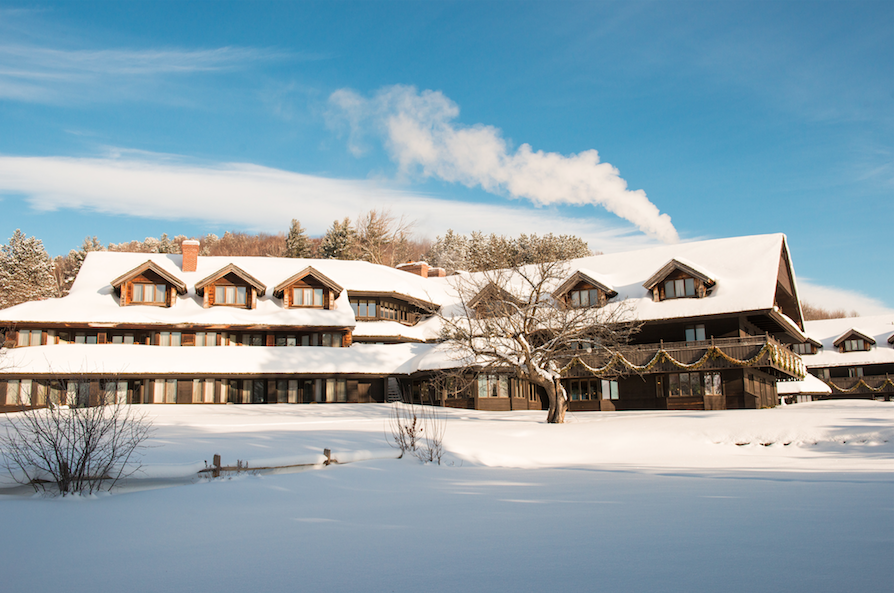 Trapp Family Lodge in Stowe, courtesy Vermont Tourism
WATCH THE VIDEO OF THE TRAPP FAMILY LODGE
While the town of Stowe has only a few thousand citizens, it’s a destination powerhouse, known as the ‘Ski Capital of the East’ due to the 117-ski run Stowe Mountain Resort, and there’s even the Vermont Ski and Snowboard Museum nearby.
Situated on 2500 acres of mostly wooded, hilly Vermont that changes with the seasons between Winter wonderland, verdant springs and summers, and stunning New England fall colors, the Trapp Family Lodge offers country resort living along with cross-country skiing and mountain biking trails, as well as the best of rural Vermont with wagon and sleigh rides, a working farm that also produces the state’s famous maple syrup as well as its in-house, German and Austrian-style beers.
A beer hall, servers in dirndls, an ongoing commitment to live music, and tours by current family members and memorabilia help to keep the Trapp Family Singers’ story – and connection to the family’s origins in Salzburg – alive.

At no point in the film is Christmas mentioned or represented. The scenes all take place in the summer, on green meadows or on sunny streets of Salzburg and gardens of the family villa. But to this day, The Sound of Music is tied to the holidays.
Soon after its release, TV broadcasters capitalized on families together indoors in the holidays by airing beloved, family-themed films, and the award-winning, sing-along The Sound of Music became a feature of the holiday season.
The movie even got a resounding endorsement of a new generation in 2013 when it was rebooted as a live, holiday TV musical starring Carrie Underwood.
And the wish-list song “My Favorite Things” early on became a Christmas standard you’ll hear repeatedly on Christmas music stations.
It regularly also gets repurposed and re-worded in other productions and even commercials. Again this year, you’ll find millennial Anna Kendrick singing about her favorite things for a Frito Lay commercial.
Proving that not only is The Sound of Music timely for the holidays… it also seems to retain perennial appeal.
And that planning a trip to either Salzburg, Austria… or Stowe, Vermont, is the perfect pilgrimage for lovers of any age or generation of The Sound of Music.

Copyright BestTrip.TV/Influence Entertainment Group Inc or Rights Holder. All rights reserved. You are welcome to share this material from this page, but it may not be published, broadcast, rewritten or redistributed.

Just this fall, since the return to ocean cruising, we’ve...

The Hotel with the Best Views ...

They call Buenos Aires the ‘Paris of South America’.&nbsp...

Top Things to See in Barcelona

It's one of the top destinations in Europe, let alone the...